In its second generation, the ASICS RoadHawk FF continues to be a unique-feeling daily trainer that is designed to be a light, fast,and bouncy shoe. ASICS has made some considerable changes to the shoe that change the overall feel. Without any direct competitors, the RoadHawk is a shoe that fits between some standard categories and creates its own niche among the main columns of neutral trainers.

The original RoadHawk FF was a medium-low drop, tight, fast-feeling shoe that could serve as an everyday trainer. ASICS has relaxed the fit a little bit so that you have a little more room, but the RoadHawk is still pretty tight overall. The bigger difference is the stack heights have gone from (men’s) 20/12 for a 8mm drop to 21/11, making it more of a standard 10mm drop. The FlyteFoam midsole still keeps things light and playful, however.

ASICS has gotten back to a little better fit with the RoadHawk FF 2! The first generation of RoadHawk FF was on the narrow and small side, especially in the toebox. The RoadHawk FF 2 is still on the narrow side. Not as narrow as the Pegasus 35, but throughout the shoe it is pretty tight. The upper feels really secure/comforting but still is nice and breathable. It might be 1/4 to 1/2 size short, so be careful about the length.

The RoadHawk FF 2 has a pretty unique feel. Designed to be light, fast, and bouncy but still maintain an everyday trainer feel, it doesn’t really fit into any standard model for what a neutral trainer should be. Weighing about as much as the Nike Pegasus 35 and Brooks Launch 5, the RoadHawk FF 2 threads the needle between them in terms of cushion. It’s softer than the Launch, but much firmer than the Pegasus. It’s a playful, fast-feeling shoe – one that feels a little lighter than the scale might indicate. In terms of conceptual design – the RoadHawk FF 2 is theoretically similar to the New Balance Beacon, with an execution that is pretty much completely opposite. While the Beacon is light, soft, and has a little bit of a rocker feel, the RoadHawk FF 2 is firmer, lower, and has a standard midsole feel. FlyteFoam is one of the most performance-feeling (read:firm) midsole materials on the market, and the RoadHawk takes advantage of that quality to create a uniquely comfortable, fun-feeling shoe.

As a standard weight neutral shoe, the ASICS RoadHawk FF 2 is a typical neutral trainer. It provides very little inherent stability and will allow the foot to be flexible. While great for neutral runners, it’s not going to provide any guidance to prevent pronation.

The Brooks Launch 5 is one of the leading faster-feeling neutral trainers. The RoadHawk FF 2 is designed to be a little softer and bouncier than the launch, and in the first experiences we’ve had in the store with the RoadHawk – it does feel a little softer but the Launch still feels lower and faster. The Launch is much wider and provides more room in the toebox. You sit lower and more cradled in the Launch, while the RoadHawk sits higher and feels more like a standard-height trainer. Neither provide much support, but the Launch does have some inherent stability because of its low nature and slightly cradling heel.

Both the Roadhawk and the DynaFlyte are designed as faster-feeling traditional trainers, but the details of each shoe create quite different experiences on-foot. While the FlyteFoam midsole in both shoes makes the under-foot ride pretty similar, the DynaFlyte is a much more traditional-feeling trainer while the RoadHawk is slimmer and faster-feeling. The RoadHawk is a tighter, more conforming upper that while just as light and airy as the DynaFlyte really hugs your foot. The DynaFlyte has more volume in the upper and is wider than the RoadHawk. Both are designed as and function as neutral trainers.

The Zante is one of the few shoes on the wall that feels firmer than the RoadHawk. The thing is that the Zante is also much lighter than the RoadHawk, and feels a little lighter on your foot. You really feel the road in the Zante whereas the RoadHawk feels more substantial and more like a traditional trainer. While both feel pretty light, the Zante is much more of a minimal shoe, with very little arch and a pretty low stack height overall. The Zante is also bigger overall in the upper, with more room both length-wise and wisth-wise. Both are designed as neutral shoes, but the Zante has a little more inherent stability due to its low nature. 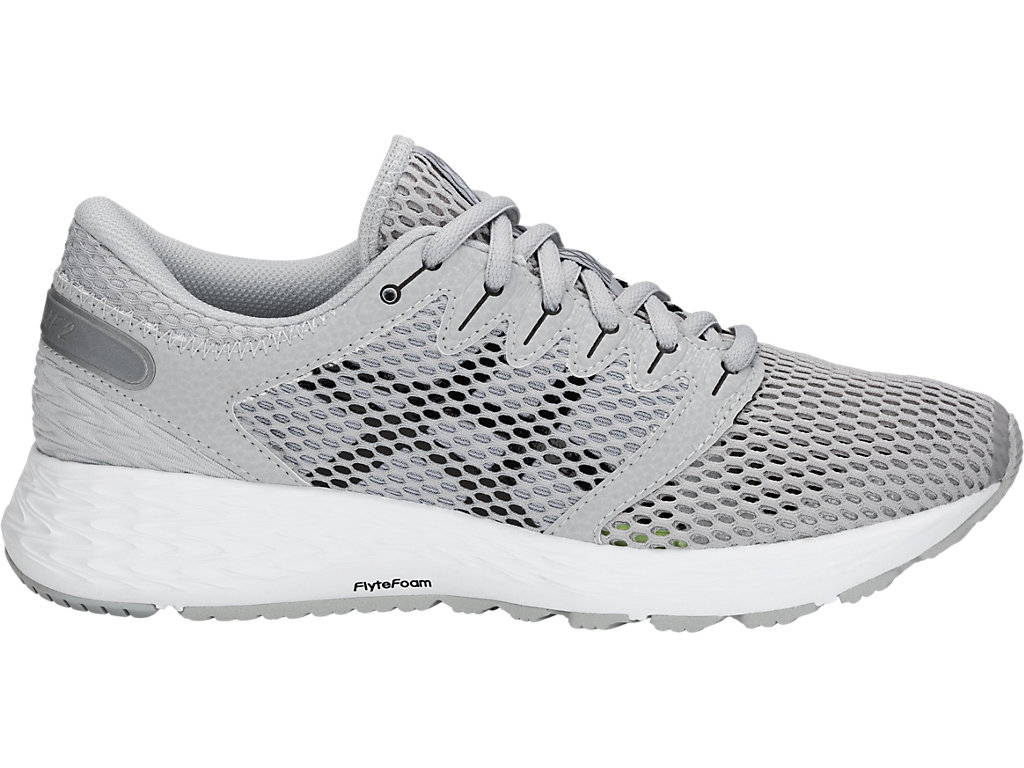